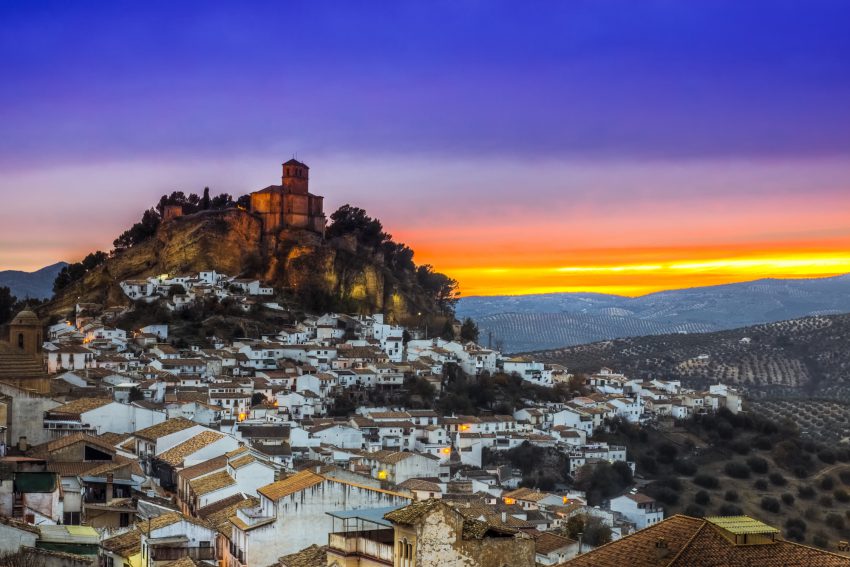 Andalusia, Spain is an incredibly beautiful land in the southern part of the Iberian Peninsula. The former Islamic state, which occupied nearly the whole territory of Iberia, represents now one of the largest autonomous communities of the kingdom of Spain. Andalusia, is the second of the widest territories of the kingdom, is the first, as to the number of the total population of the realm.

The capital of Andalusia is the city of Sevilla.

The following provinces form the community: Almeria, Cadiz, Córdoba, Granada, Huelva, Jaen, Malaga, and Sevilla. Moreover, according to the Spanish law, Gibraltar belongs to Spain, as well (province of Cadiz). The point is Article X of the Treaty of Utrecht (1713), which is being differently understood by the British and the Spanish sovereignties. Spaniards do not recognize the British sovereignty over Gibraltar. 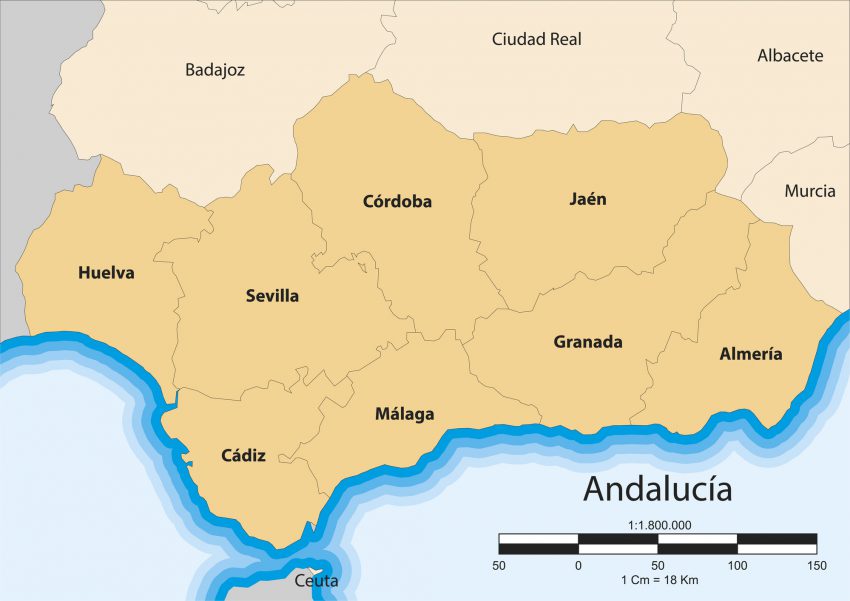 The mountain region of Spain, Andalusia is formed by the Sierra Morena (in the north) and the Baetic System, which includes the Cordillera Subbética and the Cordillera Penibética, which is situated near the Mediterranean Sea. The Intrabaetic Basin (Surco Intrabético) separates the latters. The Cordillera Subbética is not a problem to move through. The Penibético, however is a barrier for everybody, who would like to travel from the Cordillera to the Meditaettanean. The most famous Sierra here, in our opinion, is Sierra Nevada, in the Province of Granada. It has the highest peaks in Iberia: El Mulacén at 3,478 metres and El Veleta at 3,392 metres. The first one is named after the penultimate Muslim King of Granada (XV-th) century, Abu I-Hasan Ali or, as he was named in Spanish, Muley Hacén. According to the legend, still existing in Granada, he was buried in the summit of the mentioned mountain. The Depression, which includes the basin of the Guadalquivir, is a nearly flat territory along which runs, following to the Gulf of Cadiz, the longest Spanish River Guadalquivir. 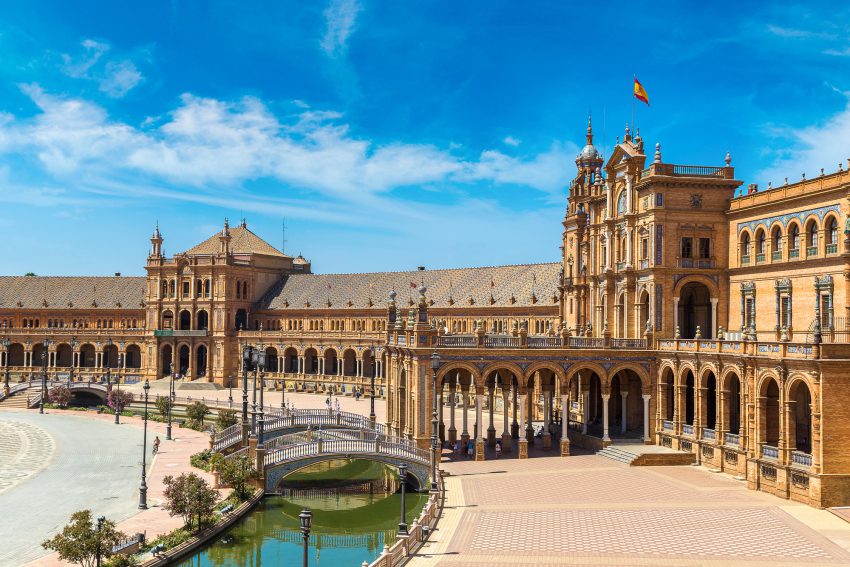 Ancient Andalusia including the Kingdoms of Cordova, Jaen and Sevilla, was their collective name. The Kingdom of Granada, however, had its own name.

Administratively, Granada remained a separate unit even after the end of The Reconquista, one of the reasons being – la Real Chancilleria de Granada. Granada became the Fourth Kingdom of Andalusia in the mid of the XVIII-th century, when the expression “Four Kingdoms of Andalusia”, appeared. 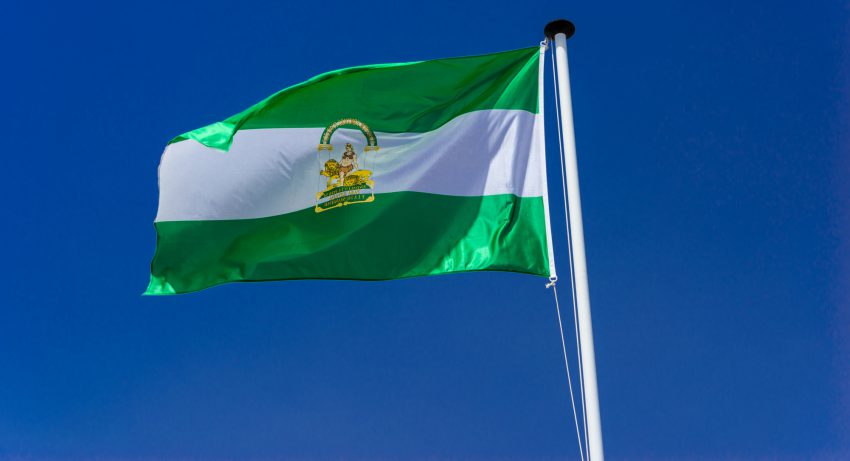 The Andalusia coat contains the figure of Hercules, two lions and two pillars of Hercules. (The two pillars of Hercules are traditionally shown on each side of the Strait of Gibraltar). The flag of Andalusia represents three horizontal stripes: green, white, green. The green is a symbol of hope and union, and the white symbolizes peace and dialogue. The design of the flag was offered by Blas Infante, and was adopted by the Assembly of Ronda, in 1918. There is an inscription below Andalucía por sí, para España y la Humanidad (“Andalusia for herself, Spain and Humanity”). Over the two columns, on a semicircular arch in the colours of the Andalusia flag, it is written with the Latin words Dominator Hercules Fundator (Lord Hercules is the Founder).

The Andalusia anthem has been composed by José del Castillo Díaz (director of the Municipal Band of Seville, known as Maestro Castillo), lyrics, written by Blas Infante. The music was inspired by Santo Dios, a popular peasant song. Peasants and day labourers from Malaga, Seville, and Huelva were singing it during the harvest time. 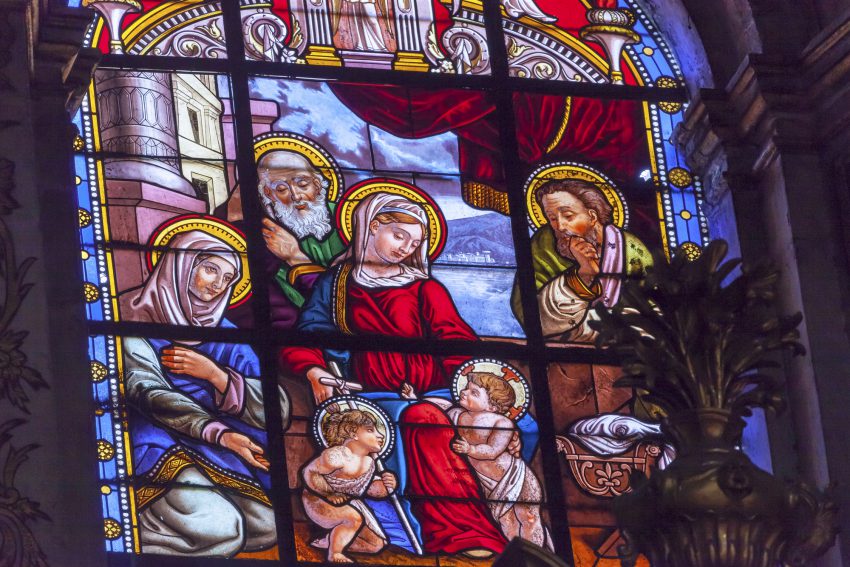 The Día de Andalusia – the national holiday, is celebrated on 28 February, being this the commemoration of the 1980 autonomy referendum. Some nationalist groups, however, celebrate the holiday on 4 December, commemorating the 1977, when the autonomy for Andalusia was demanded.

The Regional Government of the Autonomous Community of Andalusia grants the honorific title and the highest distinction, Hijo Predilecto de Andalusia (“Favourite Son of Andalusia”) to the persons, whose exceptional merits glorified, favour the development and prosperity of Andalusia. 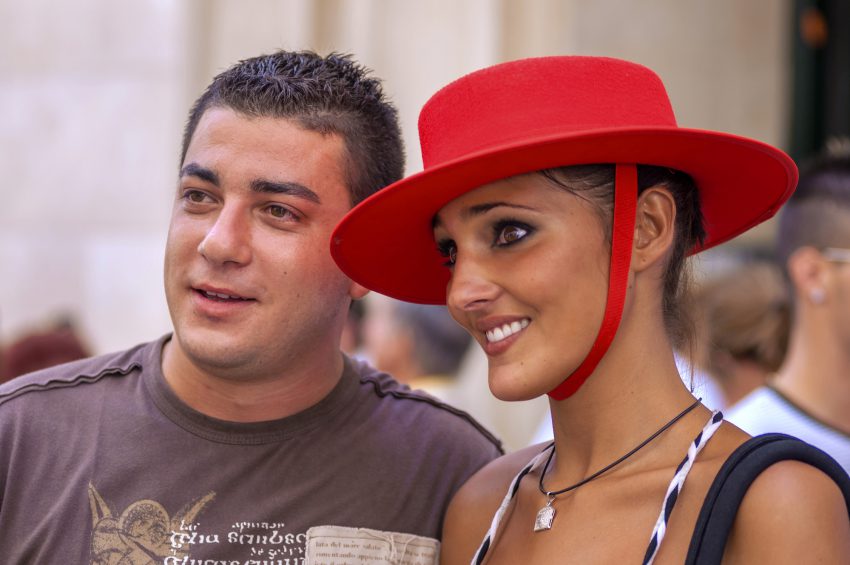 Andalusia tourism is an enormous land in itself. The totality of it is difficult to be studied, travelled through and spoken about. Andalusia is the second community as to tourism – 30 million visitors every year. The most famous tourist places in Andalusia are Costa del Sol, Sierra Nevada, Parque nacional y natural de Doñana… Andalusia is the centre of “sun and sand¨ tourism.

The first thing to be mentioned here is the famous Mediterranean climate. One may find his/her favourite epoch all year round. The range of temperatures through the community/year is from the coldest 12, 4 °C to the hottest 34, 6 °C.

The forth one – all possible types of tourism and ways of transport are at our disposal.

The fifth one – various places of accommodation: starting from the most expensive, luxurious mansions and finishing with homelike hostels.

The reality is too lovely for words – visit Andalusia and take pleasure of it! 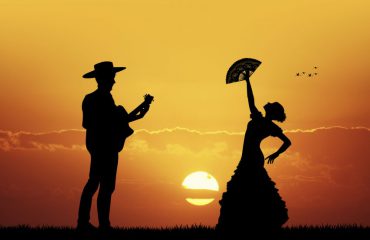 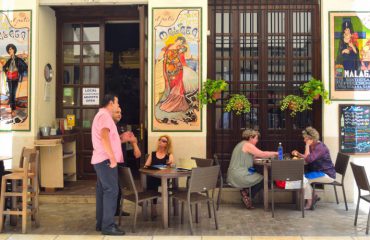 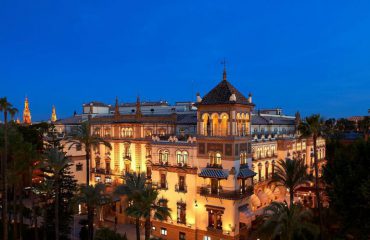