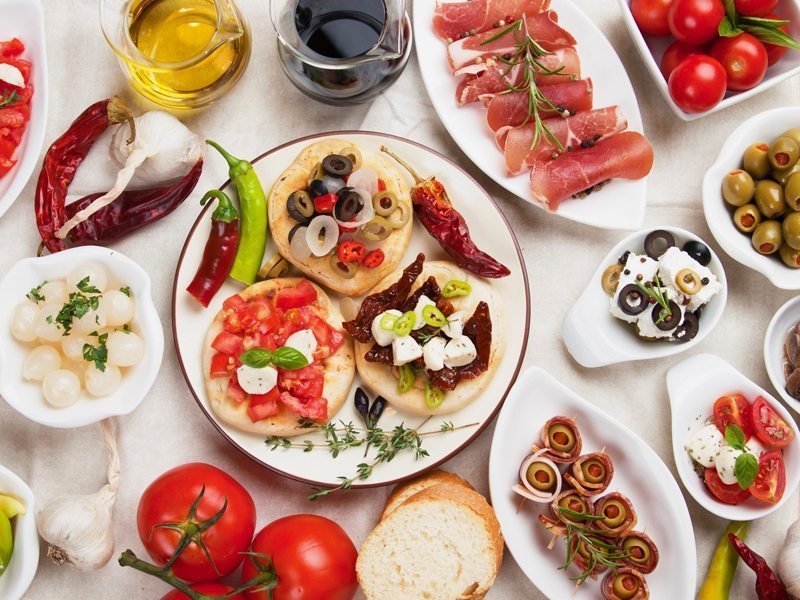 So many places to discover, so many tastes to savourAccording to the statistical data of European Baseline study, Spain is the world’s leading tourism country that ranks first as European country for gastronomic tourism. Mediterranean diet of the East coast of Spain combined with the elements of traditional Moorish cuisine in the South, a great variety of gastronomic styles of central Spanish regions, the New Spanish cuisine led by the pioneers of molecular and new-age gastronomy, and the New Basque cuisine famous for delicious meat and fish specialities. Spain is commonly known as one of the largest producers of high-quality wine, olives and charcuterie. It also owes its fame to its “pica-pica” culture that implies having a meal consisted of finger foods accompanied by a glass of wine, beer and a spontaneous conversation.

There’s hardly something more typical and well-known around the world as Spanish traditional appetizers. The art of preparing and eating Spanish tapas has become one of the reasons that has brought gastronomic tourism to this South European country. Tapas is a collective name for any kind of appetizers and snacks you can be served in a bar or restaurant. However, there is a number of typical tapas you will find in any place you visit. Patatas bravas (fried potatoes with spicy sauce), calamares a la romana or rabas (rings of battered squid), pimientos de padrón (small green peppers fried with salt and oil), pulpo gallego (Galician octopus), prawns, mussels, tortilla (Spanish omelette) and all kinds of olives. You can ask for an appetizer to accompany your beer or grab a bite while waiting for the main meal, or order a larger number of tapas as a substitute for the meal.

Pintxos (small canapés) are not as famous as tapas, however in the Basque country and some other regions of the Northern Spain you’ll probably have to ask for pintxos instead of tapas. They are usually accompanied by Txacoli, traditional Basque white wine, or natural Basque apple cider.

Mediterranean coast of Spain is a popular touristic destination for those looking for beach holidays and high-quality food and wine. You’ve probably heard about the benefits of Spanish Mediterranean diet that has become so popular in the recent years thanks to magazine and newspaper articles and trendy diet books. It contains a great variety of seasonal fruits and vegetables, meat and cheese, legumes, fish and sea products. Almost every meal is accompanied by a glass of delicious Spanish wine. 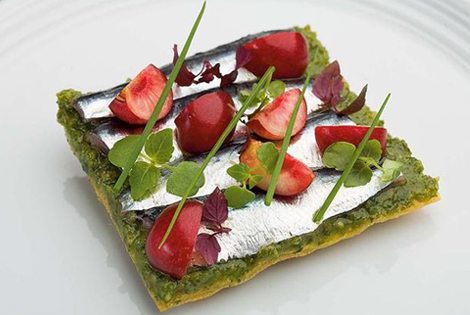 What is important to know before you choose a place to eat? Firstly, the more stars has a restaurant the more complicated is to make a reservation. Usually, you are asked to book your table in advance. Sometimes you have to wait for several months. So if you are planning to visit Spain in winter and want to have dinner in one of its three-star restaurants, you should think of making your reservation in spring or summer.

Secondly, you should decide whether you want to try the traditional or molecular cuisine. The latter has become very popular in the recent years with its fancy structures and design. Inspired in the creations of Ferran Adria, the leading chef of the era of the New Spanish cuisine, new generations of chefs from all over the world come to Spain to learn the secrets of the molecular cuisine. 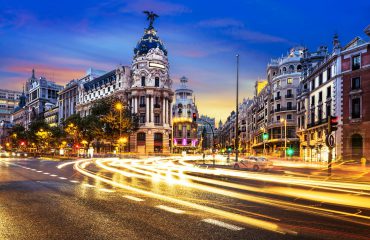 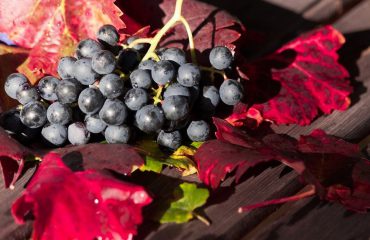